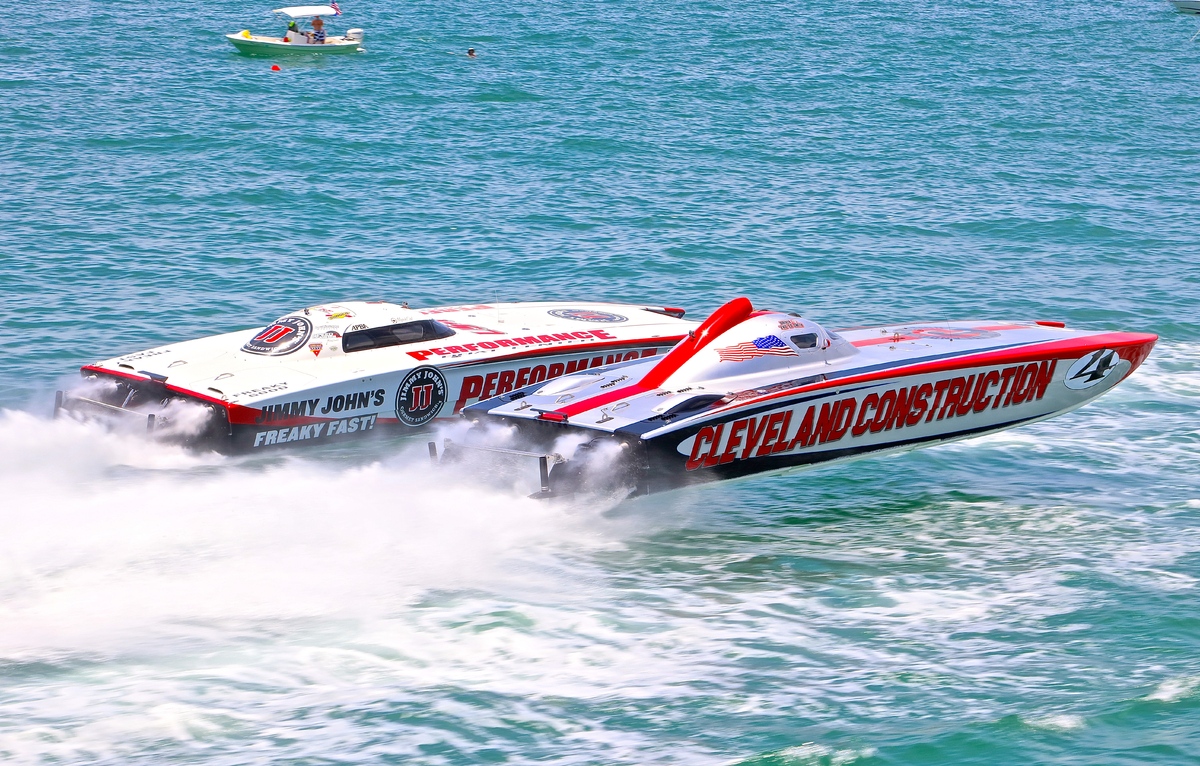 A one-hour program featuring the Sarasota powerboat races aired on CBS Sports. In addition to this coverage, a 60-minute program on P1 AquaX jet ski racing and a 30-minute program featuring the P1 SuperStock one-design powerboat racing series aired on Fox Sports Florida. The combined networks reached an estimated 500 Million households in more than 100 countries. Powerboat P1 USA, that sanctioned this year’s races, also provided a live stream of the racing action attracting 160,000 viewers from around the world.

“The Sarasota Powerboat Grand Prix Festival continues to be one of the most anticipated events of the year for our area bringing visitors and participants from around the world. To have this high level of economic impact occur year after year is impressive,” indicated Visit Sarasota County President Virginia Haley. Visit Sarasota County was the Presenting Sponsor for the 2018 Grand Prix, and this year’s report from Visit Sarasota County indicated an estimated total resort tax and state sales tax recovered by the county to be $322,837.

The City of Sarasota also plays an important role as a Major Sponsor of the Festival each year. “The Grand Prix has grown into a destination event for travelers and a Summer tradition for many local residents. The City of Sarasota is proud to support this event, knowing the impact it will have on so many individuals with special needs receiving services thanks to Suncoast Charities for Children,” indicated Sarasota Mayor Liz Alpert.