The annual pilgrimage to the Lake District by hundreds of powerboat racers from all disciplines of the sport is underway, and amongst them is the P1 SuperStock crew of Andy Foster and Charles Morris who last year came so close to setting a new world record. 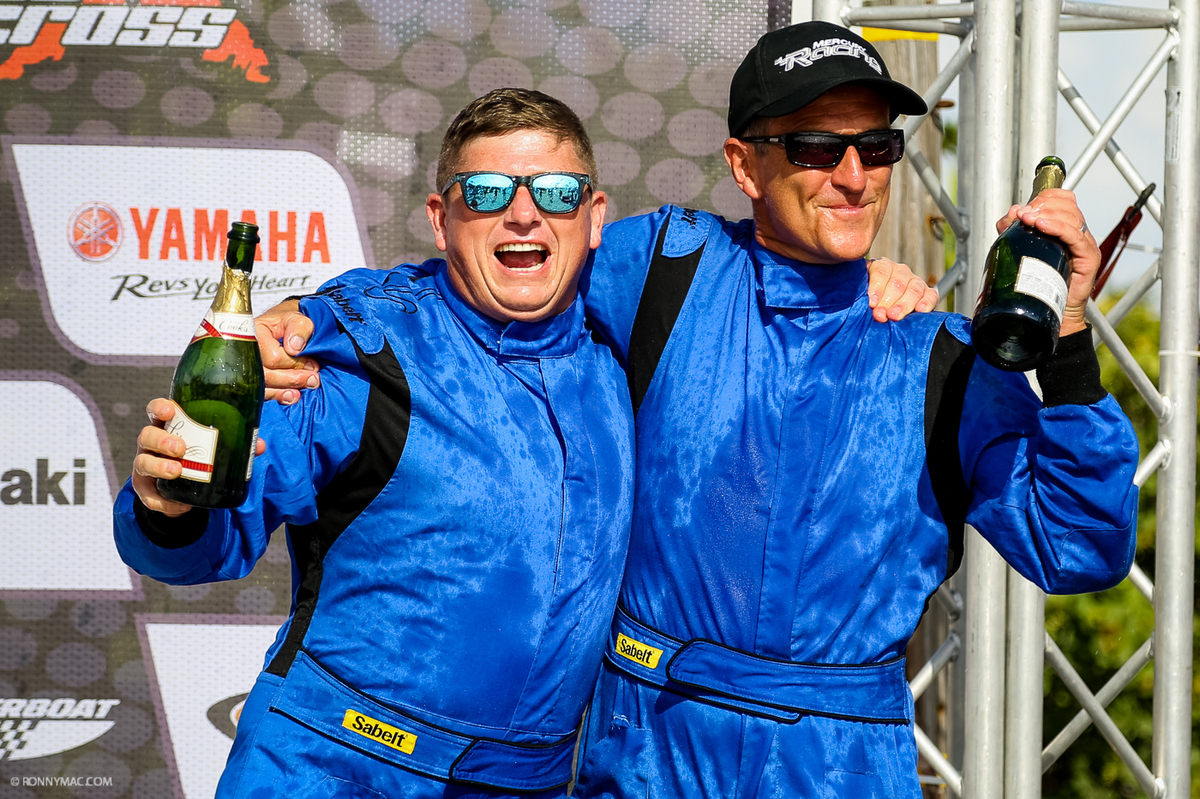 The annual pilgrimage to the Lake District by hundreds of powerboat racers from all disciplines of the sport is underway, and amongst them is the P1 SuperStock crew of Andy Foster and Charles Morris who last year came so close to setting a new world record.

Situated in the heart of the Lakes, Coniston Water is regarded as the spiritual home of record breaking and its link with speed records began in 1939 when Sir Malcolm Campbell set a new World Water Speed Record in his hydroplane Bluebird K4. This famous lake, with its five-mile stretch of straight water, now hosts the annual Coniston Powerboat Records Week and has done so since 2005.

Andy and Charles arrived in Coniston yesterday set up in the pits and attend a briefing, and they are now focused on getting in some timed runs to decide what adjustments need to be made. “We then have all week to try to beat the World P1 SuperStock Evinrude 250 HO speed record of 67.63 mph set by John Donnelly in 2015” explains Andy. “We beat that speed when we were here in Coniston last year but it was not by enough of a margin to count as a new record, and we’re confident that we’ll get it right this time.”

Charles and Andy raced superbly last season to finish as runners-up in the P1 SuperStock UK Championship and they headed across the Atlantic this year to finish on the podium in the SuperStock USA event in St. Pete Beach, Florida in June. “Here in Coniston we’ll have a base setting for ballast and positioning, and we will obviously run the boat as light as possible and hope that it’s not windy” says Charles. “The aim is to be flat out when we hit the timing line, to be as smooth as possible on the outward run and then turn around and wait for the wash to settle as we prepare for the run back. The recorded speed is an average of the two runs on the 1km course.”

The SuperStock duo admit that that the appeal of Records Week is not all about high-speed action on the water: “It’s a very enjoyable social event with racers, support crews and spectators from all over the world, and we’re very much aware of all the history that surrounds the venue. Just being here and taking part is great, and setting a world record would be superb. We have to thank Neil Jenkins and the folk at Milford Waterfront in Pembrokeshire for sponsoring our P1 Panther race boat and we hope we can give them and Powerboat P1 something to celebrate by the end of this week.”

Andy and Charles will also be seeking to set up a national record in their Phantom 20 and there is the opportunity for spectators to see the boats up close in the pit area at Coniston Boating Centre and meet the P1 SuperStock crew. The event is organised by Windermere Motor Boat Racing Club and features in the calendar of the UIM, the world governing body of powerboat racing.