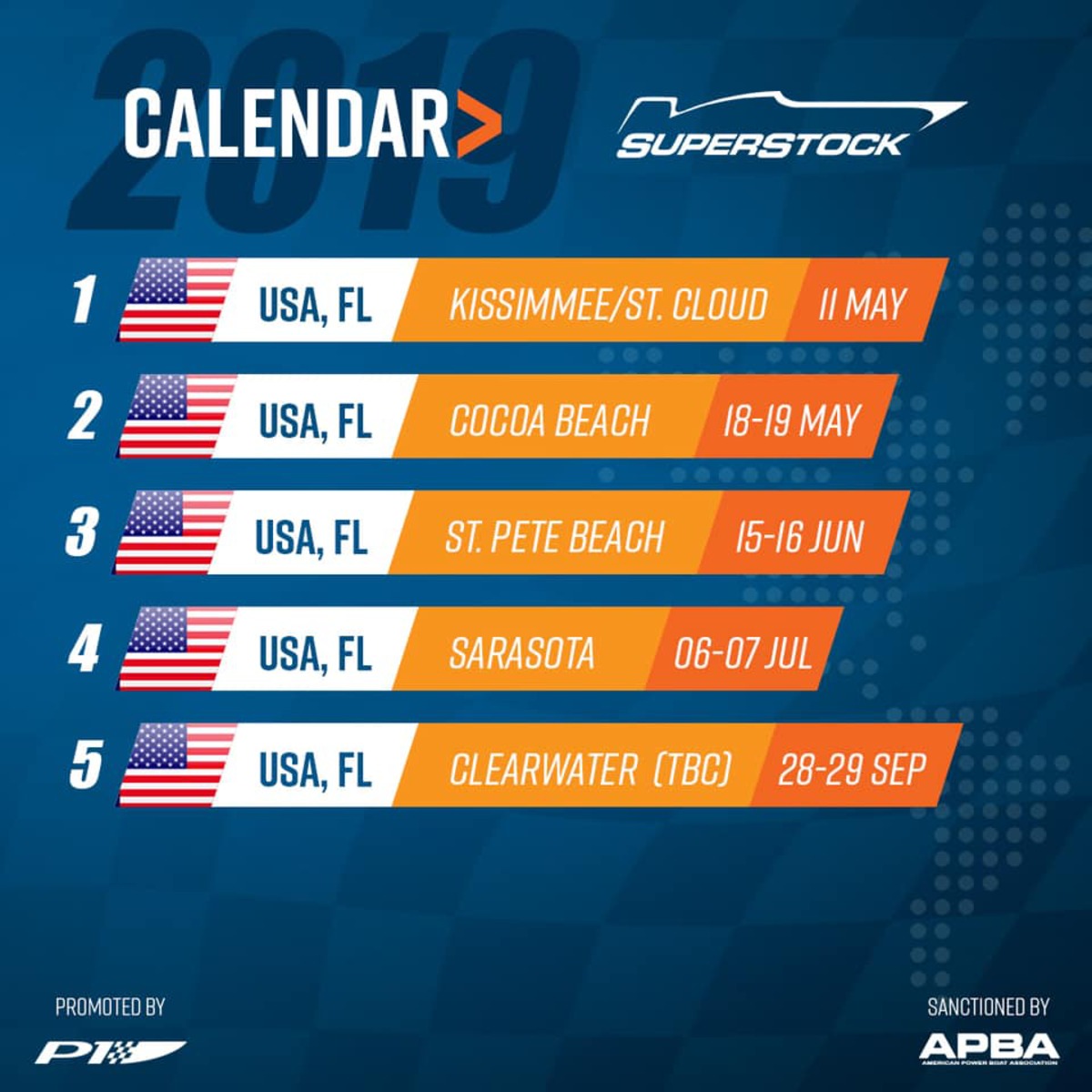 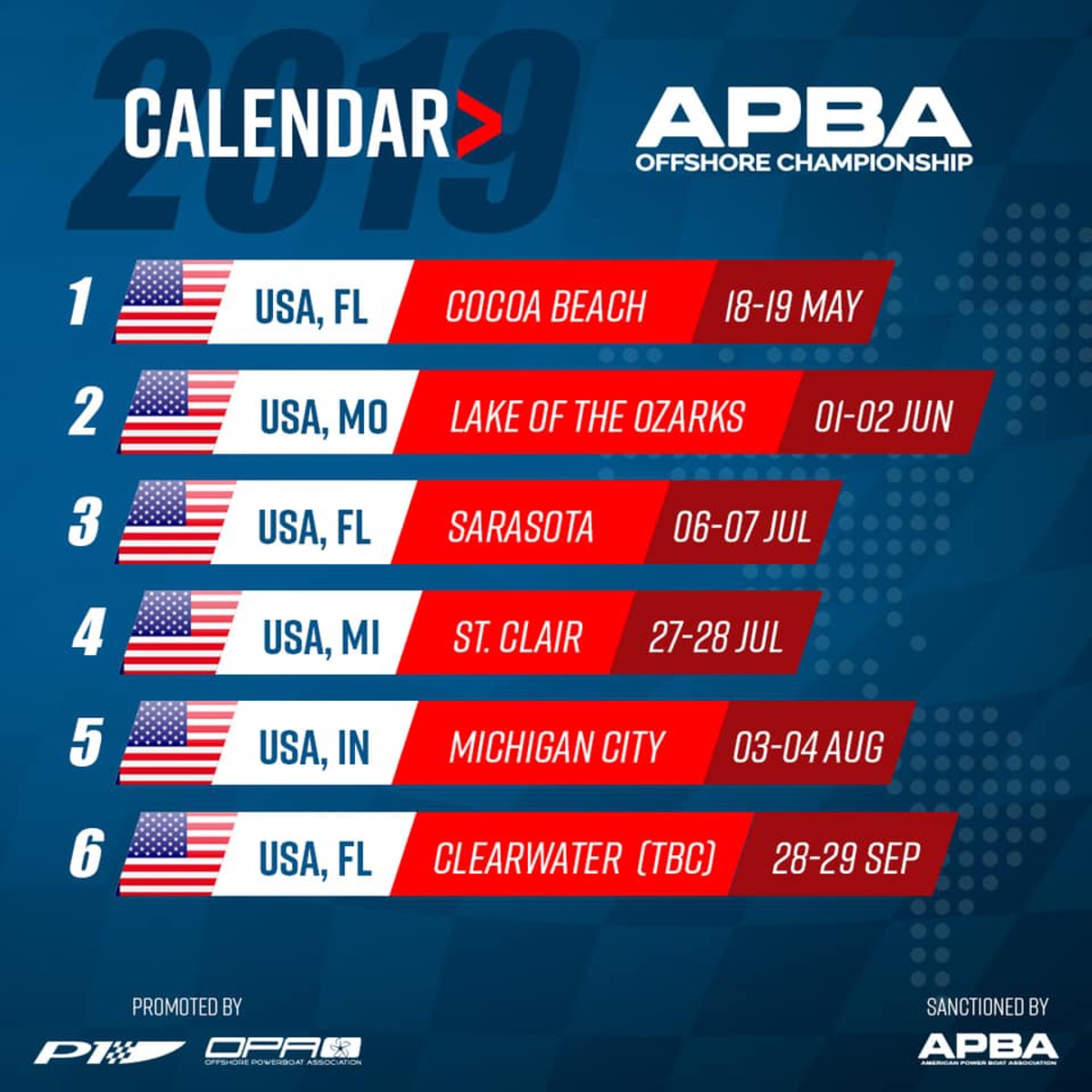 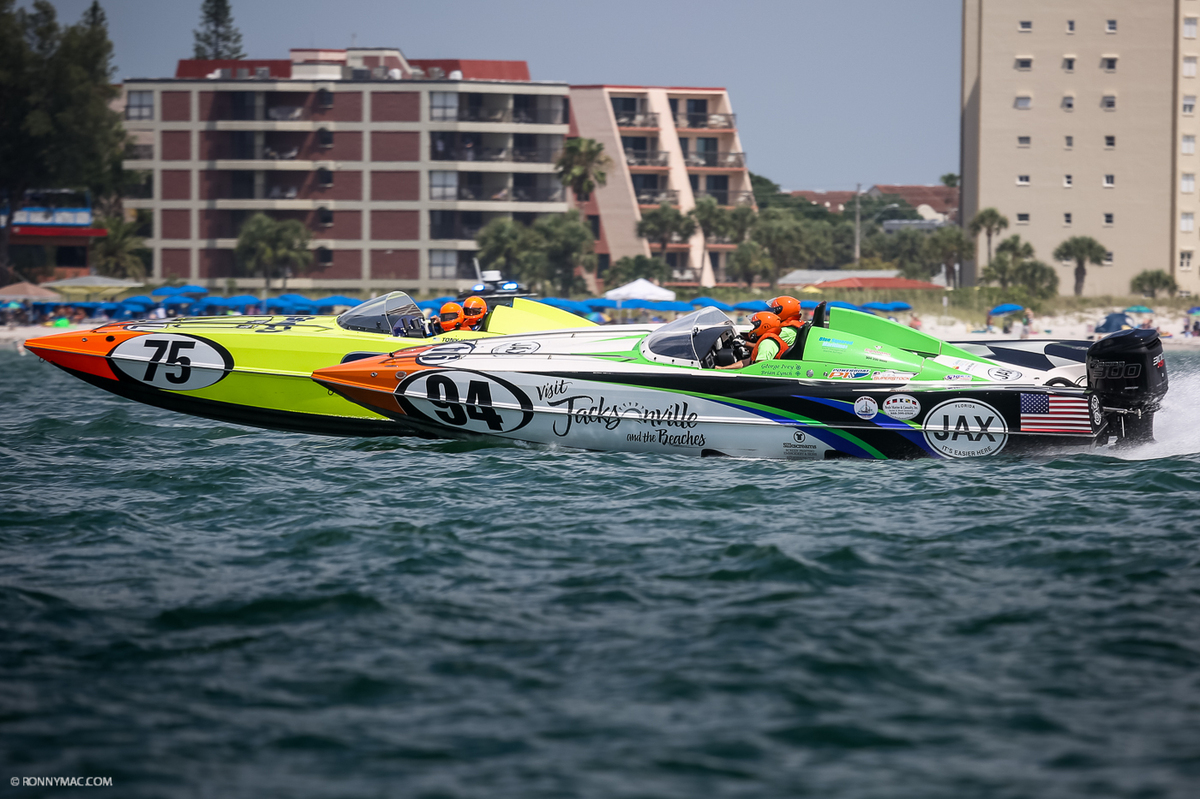 The world’s leading marine motorsport brand has unveiled an extensive 2019 race program that will see the international promoter stage more than 20 events on three continents from April through to November.

The season will comprise powerboat championships in the United States and personal watercraft racing in the shape of P1 AquaX action and the Jetcross stand-up ski series in a total of nine countries.

Announcing the calendar at P1’s race headquarters in Florida, P1 chief executive Azam Rangoonwala said: “Since we began racing in 2003 we have staged more than 600 races in 18 countries and, without doubt, the coming season is going to be the most challenging, competitive and entertaining. Our aim has been to put together an expanded program of powerboat action, featuring one-design and multi-hull offshore racing, and personal watercraft racing across our two disciplines.”

A significant development this year for P1 is a new partnership in the United States with the Offshore Powerboat Association to create the APBA Offshore Championship. The aim is to strengthen the future of racing in the country by delivering an expanded, cohesive, world class race series split equally between northern and southern states. The six championship venues feature major, high profile events in Florida, Missouri and Michigan, with the action kicking off at ‘Thunder on Cocoa Beach’ in May, and the belief is that the partnership will deliver significant results commercially and also in terms of the sport’s organisation and profile.

This year the P1 Panther race boats in the SuperStock USA national championship are going to look very different. Following the P1 fleet being fitted with new carbon hulls a year ago and the announcement last June that the boats will be repowering in 2019 with the new Mercury Racing 4.6L V-8 four-stroke 300R outboard, P1 announced plans to revolutionise the one-design series and attract a new set of racers by converting the Panther to a canopy race boat. That upgrade program is in full swing, with on-water testing in Florida commencing later this month.

The SuperStock series will run from May to September, with racing on East Lake Tohopekaliga in Central Florida getting the season underway before the action moves to Cocoa Beach a week later. In early July the teams will head to southwest Florida’s Gulf Coast where the 35th Annual Sarasota Powerboat Grand Prix Festival will once again attract tens of thousands of spectators to enjoy the outstanding racing and carnival atmosphere.

In some American venues this year, P1 will serve up a double bill of powerboat and personal watercraft AquaX racing. Global Head of P1 AquaX, Lisa Barsby explained: “In the eight years since its launch, AquaX has grown significantly and achieved its goal of staging a world championship event in 2017. Discussions are taking place to stage another world championship in November and we will be announcing details within the next few weeks. It’s been a natural progression from the opening race season in the UK in 2011 to the series expanding to the USA two years later and then into mainland Europe in 2017. The rapidly increasing number of riders, partners and fans has been tremendous and our close relationship with the leading manufacturers has added considerably to the legitimacy of our series. We attract world class riders to all our championships in the USA, Europe and UK, and we are expecting a great response from riders to the season opener in Daytona Beach in mid-April and to the first round of the EuroTour in La Seyne-sur-Mer in southeastern France in early May.”

The 14-event AquaX calendar includes four race weekends as part of the EuroTour, with the riders competing in countries across Western Europe including France and Spain. The Sprint series will feature at a number of events in Florida and Europe. Feeding riders into the EuroTour, the UK race series will consist of three rounds, with Colwyn Bay in North Wales hosting an AquaX event for the first time.

Continuing to reinforce P1’s growing personal watercraft presence in Europe, the Jetcross series features stand-up circuit racing on rivers, lakes and the sea. The French-based personal watercraft promoter joined the P1 family of marine racing brands in July 2016 in a move that was a significant statement of P1’s commitment and expansion plans for personal watercraft racing. P1’s European Head of AquaX and Jetcross racing, Julien Bastien comments: “We enjoyed significant growth in the number of Jetcross riders last year and expect this to continue. We are delighted to be returning to La Seyne-sur-Mer on the Mediterranean coast for our season opener and later in May we will head north to race in Basse-Ham on the river Moselle. The calendar will also include race events in central France and Belgium.”

“Building the reach and credibility of our race series and growing the marine motorsport sector are priorities for P1” added Rangoonwala. “Partnerships are at the heart of our business, and our events are designed to excite and entertain, ensuring spectator enjoyment and sponsor value with a significant impact for the local economy.”